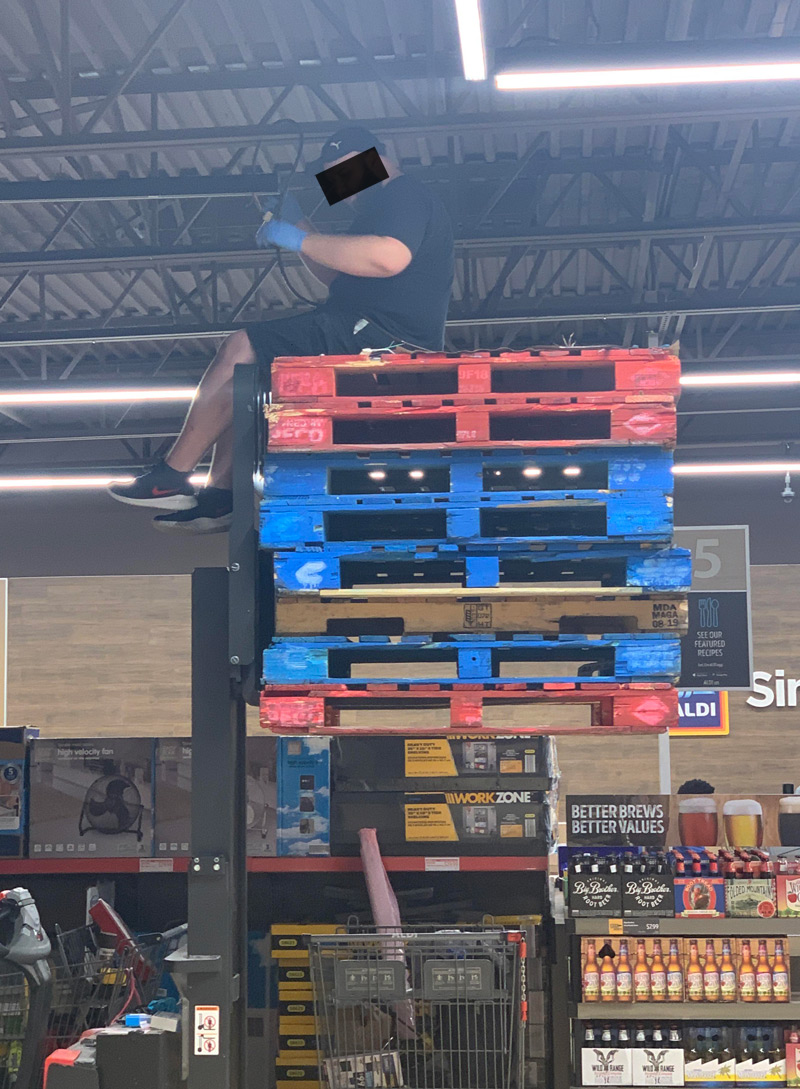 What’s wrong with this picture? It’s just a guy up in the air fixing some electrics. He looks safe enough, sitting on a neat stack of pallets.

As we can’t see how he got up there it’s hard to know if he climbed up or was lifted up by someone else. Given his posture I’d put a firm guess on him having climbed up after raising the pallets, which would be another stupid risk.

Hopefully he has at least put some cones or other blocking items out around his work site so no customers will wander underneath the raised forks, or knock against the forklift controls.

What he should be using 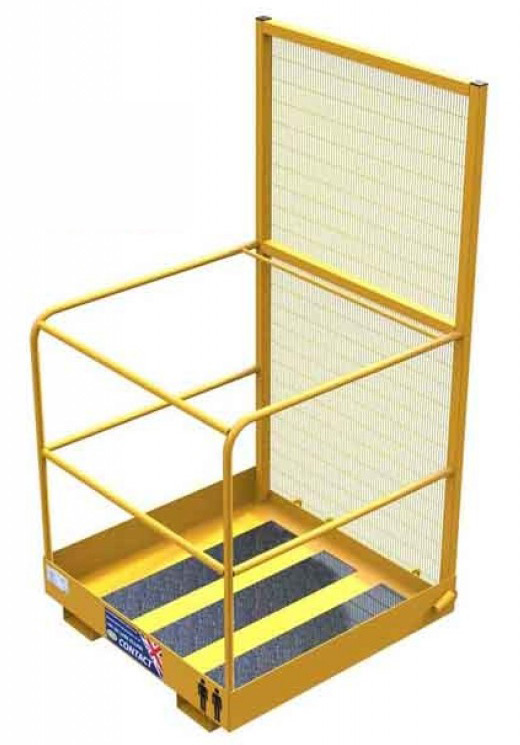 A forklift cage would be an excellent addition to this company’s equipment and offer a safe way for this worker to be lifted up and work in safety. The forks slide in to channels which keep the cage from being able to tip over, and the railings give you a good idea of the limits of your work space without letting you easily drop out of it. 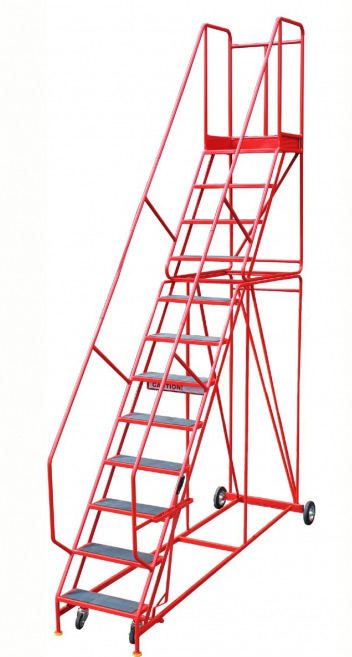 Alternatively, the shop I used to work in had mobile safety steps to let us reach the high racking, signage and lights safely. If this store has a set and they went high enough, it would be a good alternative to sitting on pallets, although as you can step back on to the steps part, they aren’t as safe as a cage to work from. 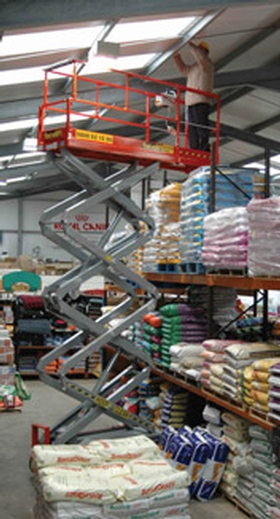 A scissor lift gives a very safe way to work at height in these circumstances – very stable and it only takes up the same amount of floor space as your work area. Again, railings keep you within the machine easily, it can carry plenty of tools, and with a lot of models you can move them around while its elevated if you need to make small adjustments to where you need to reach to.

On a lot of sites, a scissor lift should be your first choice for a safe way to work at height on things like lighting and rigging, but as this is a store they might not have enough need to pay for a scissor lift. Renting one would make sense if they have several small jobs that can be batched together. However if they need to do this sort of work consistently and quickly when lights have broken, a forklift cage is a practical solution as they are quite affordable and take advantage of existing equipment. Also, make sure if your workers are going up in the air they have a damned hard hat on, whether they’re in a cage or not.

At first glance this set up looked dodgy – two ladders lashed together to allow someone to reach high up a pole. But looking closer, it’s even worse than that! Three ladders tied together to make the reach.

So, what’s the problem?

The ladders just aren’t made for this. They are made for holding a certain amount of weight, basically, a fat bloke (and then some for safety) with the ladder upright or at an angle relatively close to upright. Now, there is a big safety margin in a modern ladder, they are really well made. But, this will put an enormous amount of stress on the bottom ladder. 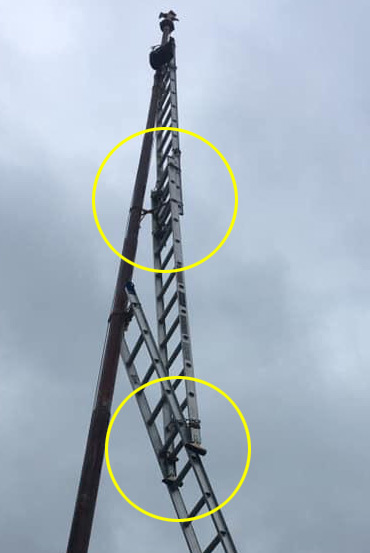 Plus, ladders like this are not made for joining together. The bottom ladder is an extending one, it is already at full reach and the top part is held securely on the bottom part by hooks designed in to the ladder. Not so the top two ladders.

The top two are being held together with rope. This means the ladders are offset from each other, so the balance of the load down the whole ladders isn’t running straight down in a way that they’re designed for, and if you’re up this mess you’re at the mercy of however good your knots and rope are.

Even if you have confidence in the ropes, you are putting a lot of confidence in that bottom ladder. It is already at its full extension – the max it is designed for. You’re then adding on the extra weight of two ladders, and the person climbing up to the top of them. All pressing on one small part of the bottom ladder where the bottom circle is in the picture above.

All you need is for the weight of the two ladders and worker (that’s probably you, how big a breakfast did you have this morning?) to go a little above what that point of that ladder will take, and it can start bending. Once it starts bending, the whole lot will start to shift, straining the bottom ladder more, but also the ropes holding the ladders together and them to the pole. How much will it take to make you drop off the side of the ladder at the top? I don’t want to find out.

What should you be doing?

Your better options are:

Personally I would go with the cherrypicker option. You could drive up, lift up to the top of the pole with your tools, do your work in comfort (well, as comfortable as you can be up there) and come down easily whenever you need to.

You might think it’s a lot of hassle to hire a machine rather than use what’s at hand, but it’s a lot less hassle for your family than organising your funeral after your luck runs out.